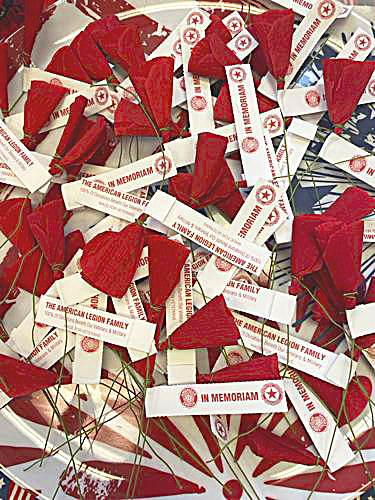 Every year Americans take time out of their busy lives to acknowledge Memorial Day, a holiday enacted, originally, to honor those who made the ultimate sacrifice during our civil war that raged from 1861 to 1865. Originally known as “Decoration Day”, American citizens were encouraged to visit the graves of those who fell at battles such as Bull Run, Antietam, Vicksburg, and Gettysburg. In modern times, “Decoration Day” has turned into “Memorial Day” and is meant to honor the American citizens who have fallen in all American wars. Proof of the evolution of this holiday can easily be seen with the prevalence of the Red Poppy.

The Red Poppy was popularized by a poem, written by Canadian doctor John McCrea after the first battle of Ypres during World War One, known as “In Flanders Field''. The poem uses the flower to invoke feelings of deep loss while also symbolizing hopes of rebuilding a better world from the wreckage of a war-torn Europe. In 1920, the Red Poppy became the symbol of the American Legion and, four years later, the Legion started distributing the flower on Memorial Day weekend to remind Americans of the sacrifice made by soldiers destined to never return home from their military service.

Almost a century later, the American Legion still distributes the poppy to American citizens. You’ll likely see members of the Legion at storefronts or busy intersections handing out poppies for a small monetary donation, which go on to help the Legion to continue their operations in helping returning vets make the transition to civilian life.

Here is “In Flanders Field” in its entirety:

“In Flanders Field the poppies blow
Between the crosses, row on row
That mark our place; and in the sky
The larks, bravely singing, fly
Scarce heard amid the guns below

We are the dead. Short days ago
We live, felt dawn, saw sunset glow
Loved, and were loved, and now we lie
In Flanders Fields

Take up your quarrel with the foe:
To you from failing hands we throw
The torch; be yours to hold it high
If ye break faith with us who die
We shall not sleep, though poppies grow
In Flanders Field