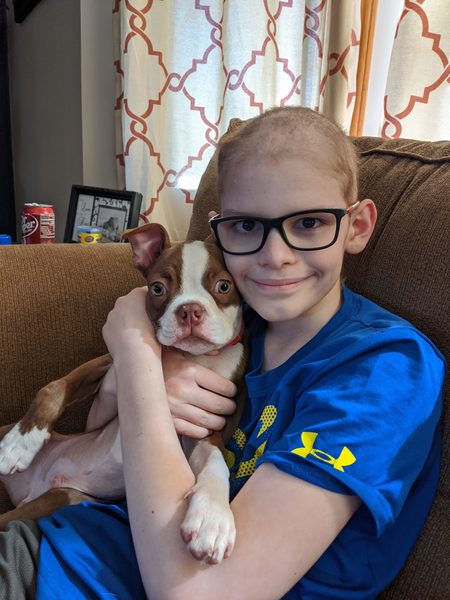 In April 2019, Reed Fry was diagnosed with cancer. With local communities rallying around the young man, Reed fought against his ailment and eventually won. Last month, the 13 year old and his family received more bad news: Reed’s cancer is back. In light of the news, local communities once again rally around the Fry family in an attempt to make Reed’s fight as comfortable as possible.

On GoFundMe, organizer Amy Gronvole-Naasz has started a page titled “Reed’s Summer Wishlist”. According to the fundraiser, which is seeking to raise $8,000, some of the activities that interest Reed are going to California, the Niagara Falls, providing a meal at the Ronald McDonald House, and seeing a concert performed by a popular band “Imagine Dragons”. The Imagine Dragons start a month-long tour on August 5th In Salt Lake City, and will play at the Hollywood Casino Amphitheater in Tinley Park, IL on August 26th. As of writing, “Reed’s Summer Wishlist” has reached 103 total donations for a grand total of $6,046 .

If you’d prefer helping in a more “hands on” method, mark your calendar for July 9th, when the Team Reed Baseball Jamboree will be held at Brock Lake from 8:00 A.M. to 9:00 P.M. Hosted by the Dee-Mack Warriors traveling baseball team, the Team Reed Baseball Jamboree promises a day full of great baseball, food, raffles and prizes, a bouncy house, a silent auction, and more. If you’d like to volunteer your time for the event or have an item you’d like to donate for the silent auction, you can email organizers at dmwarriorsbaseball.com.