How Far Would You Go to Get What You Wanted? 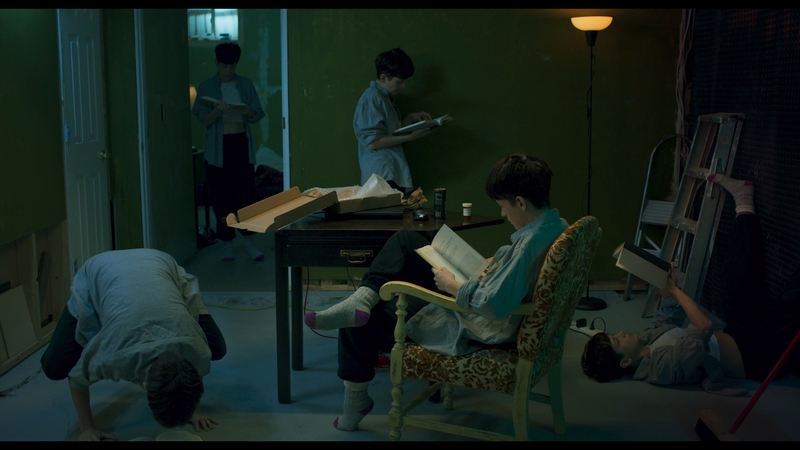 RAVING REVIEW: I just witnessed one of the best performances this year. In a carefully crafted and well-written thriller that will somehow have you rooting for the last person, you would ever expect.

This was a pure blind watch for me; I had only seen the poster, and after only a few minutes into the movie, I was blown away, and I didn’t know how else to put that. Writer/Director Corey Stanton built a world in this “the one-actor/one-location psychological thriller.” Kimberly-Sue Murray as “Trader,” occupied this space and visually consumed it. There wasn’t a moment where I wasn’t engrossed entirely in this movie.

I genuinely believe that Murray’s performance was Oscar-worthy; I’ve never rooted so hard for and against someone at the same time in my life. I wouldn’t even qualify the character as an anti-hero, but for some reason, I found myself on their side at times.

There were some moments where the film went a little too far, “weird just for the sake of being weird” for me, but when it was purely rooted in reality, it was one of the most intriguing films I’ve seen. The intimate story, being one-on-one with this character, not in their head but as a fly on the wall, made the entire film feel like you could almost reach out and become part of the movie.

Often going deep and dark, the motivation for the “manipulative sociopath” seems evident, but ultimately there’s so much more to the story than meets the eye. The end of the film was brilliant, taking cues from so many small insignificant moments throughout the movie that you didn’t even realize were important until then.

Seeing the evolution of this character throughout the film is so powerful. Controlling, relentless, egotistical, fearful, and powerful, they defy the odds and become the change they want to see. Taking control of their fate and, at the same time sitting back to watch the world burn.