The Creature From the Island of Dr. Fishmen 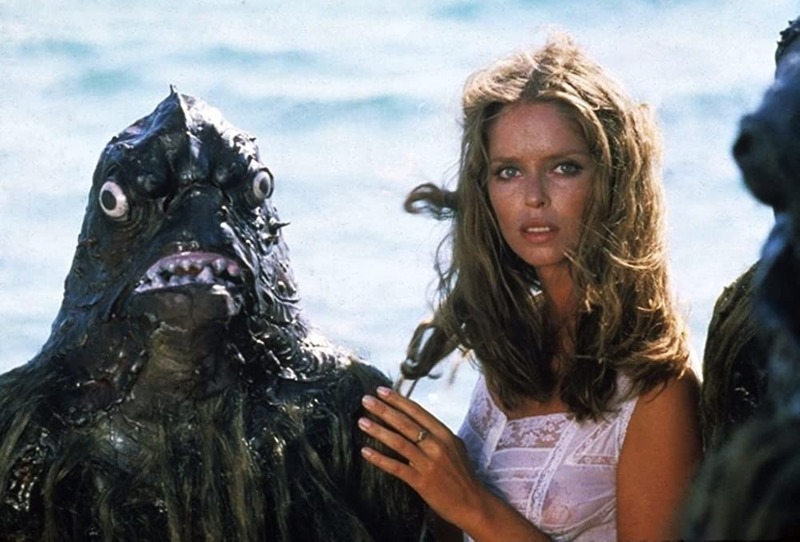 RAVING REVIEW: Let’s be honest; if you’re watching this, you already know what you’re in for. This is fun, crazy, over-the-top, cheesy, pure entertainment from Italy.

This is the director's cut, not the crazy 1981 recut SCREAMERS or SOMETHING WAITS IN THE DARK versions. Interestingly enough, Director Sergio Martino returned in 1995 to direct a sequel for the film. I won’t lie; I’m genuinely curious about what time and upgraded effects would allow him to do.

Most importantly, at least in my viewing was just enjoying the film. Sure, this is a B movie without a doubt (the eye holes in the “Fishmen” costumes are a dead giveaway. However, this entire film genre was self-aware and meant to entertain, not to be dissected and critiqued at every turn. It’s fun to read through the reviews; you have so many variations, from people who thought this would be an Oscar-winning horror film to people who live and breathe this movie style.

You can see so much clear inspiration from THE ISLAND OF DR. MOREAU, but at the same time, it was an animal all of its own. So much of the film has to do with what you don’t see; this is a lesson from which the modern horror genre should take some notes. Although sure, we see a bit too much of the Fishmen; we also have a lot of suspense because of other things left to our imagination. This isn’t your traditional 70s Italian horror; there is barely any blood and guts (in the original cut), and nudity is noticeably absent. This combines to be something original in a time when many films followed a set cookie-cutter formula.