No Man Is Perfect but the Fight Continues

by Chris Jones
Published on December 8, 2022 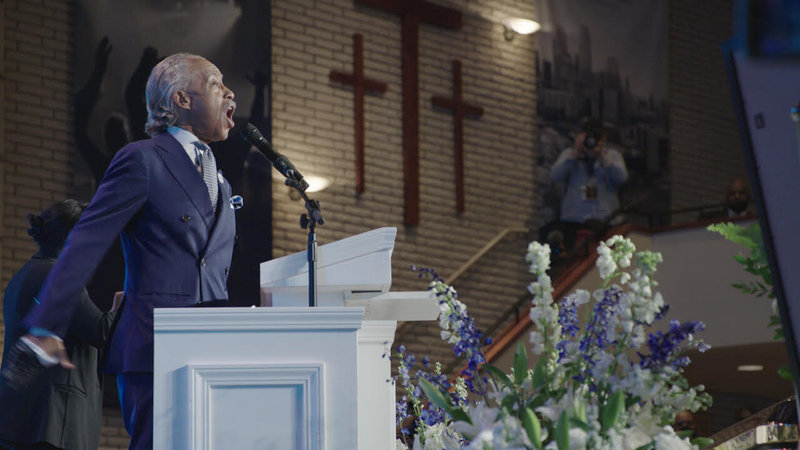 RAVING REVIEW: If you’re familiar with Rev. Al Sharpton, this won’t help with a deep dive into the influential figure. If you’re not, or only know of, his name, this will give you a solid foundation that will likely lead you to want to go out and learn more about him.

Sharpton is widely known as anything other than a figure who will “go silently into the night.” He fights hard for his beliefs and the freedoms of many others who don’t have a voice. It’s an odd mix to see so much of the history behind Sharpton relegated to old footage. The film doesn’t entirely brush over Sharpton’s lavish lifestyle but doesn’t question it. To be fair, this is a view of his work and the civil rights moments in his life; the Brawley case was a huge focus, so not as much a look into his life.

I would have liked to look inside at what makes Sharpton tick and where these roots came from. We get to see these “static” moments from the past, but what made him feel the way he did? Why were his beliefs unwavering in certain circumstances and not others? Director Josh Alexander pieces together a part of this puzzle but leaves you wanting more when the credits roll. There’s so much more to know about Sharpton and, more importantly, the movements he stands behind that ultimately feel like they’re fading away as Black America feels no better off than it was during his prime in the 80s.

I can only hope others will pick up Sharpton’s battles and maybe focus more on tomorrow than the house they live in. I don’t mean to discredit the positives Sharpton has done in his long career; he’s helped move mountains. It’s always good to question motives, even those who look to be doing things for the best reasons. It keeps people honest and helps to focus light on the changes needed instead of just those pushing for said changes.