This Is Fun for All the Right Reasons 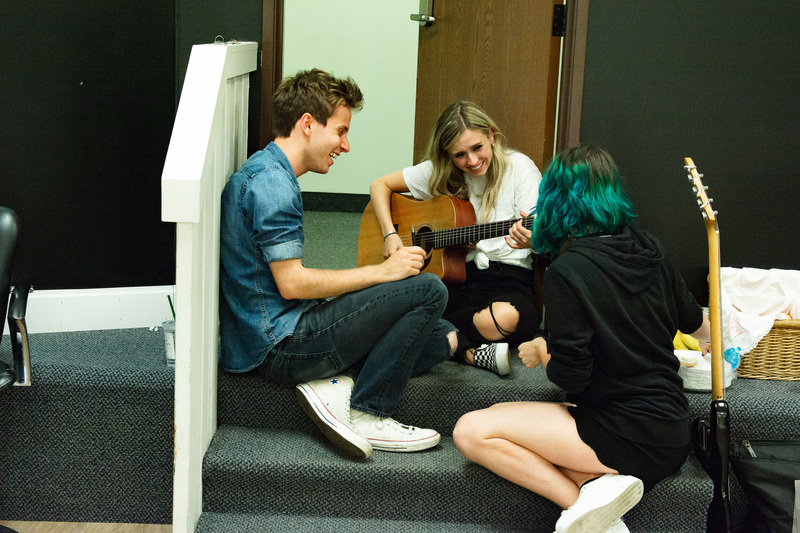 RAVING REVIEW: Sometimes, a movie is greater than the sum of its pieces. There wasn’t a lot that stood out about this, from the direction to writing, to acting. Still, when put together, the entire experience was an enjoyable experience that lifted it above the after-school-special model it felt inspired by.

While that introduction doesn’t sound like the most inspiring review, I genuinely did enjoy this movie. It almost had a documentary feel, at least partly because the film was inspired by the real-world group “Summertime Dropouts.” Although, oddly enough, I wasn’t able to find much on the actual band themselves. They have two albums on Spotify, both of which have a pretty consistent Punk/Pop feel, and the second of which uses the logo “created” in the film, which I was amused by! In reality, and in the movie, you can hear/feel the inspiration from the significant pop/punk renaissance players, including Blink-182, Sum 41, and Simple Plan (being in the film only makes it that much better.)

The film is a fun ride and a reality check for the “band” they want to perform at the last (kinda) Vans Warped Tour. What unfolds from there is a series of heart-touching moments, plenty of fun one-liners, and just enough drama to keep you invested. This won’t be in the running for the best screenplay of the year, and the actors feel like real kids. Watching them, just ordinary people, do their best to achieve this monumental goal is most definitely an underdog story. Ultimately though, that’s what gives the film the warmth.

Sometimes it’s important to sit back and enjoy a movie for what it is. Maybe it’s because the film felt somewhat nostalgic for me, reminding me of the days when things were a little less complicated, and music ruled my world.