A Heartbreaking, yet Beautiful Story All Wrapped in One 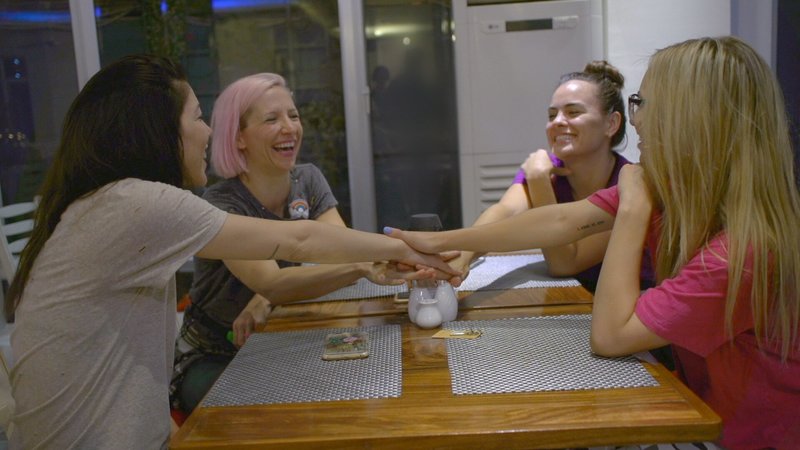 MOVIE REVIEW
She Is...

RAVING REVIEW: A film that will ultimately heal your soul while making sure to rip it apart first. I don’t say that lightly because this is a hard film to experience, even though it was so beautifully done. The story and history behind the film are hard to listen to, but the ultimate changes made the film an uplifting experience.

SHE IS..., the debut film from director Zuzana Lova, is a masterful exploration of the resilience and power of the human spirit in the face of unimaginable trauma. Through the personal journey of Isabella Grosso, a California-born dancer who has performed for some of the biggest names in the industry, such as Lady Gaga, Justin Timberlake, and Rihanna, the film delves into the world of sexual abuse and sex trafficking survivors and the healing power of dance therapy.

As a Czech-born dancer who moved to Los Angeles in 2006 to pursue her professional dreams, Lova was drawn to Grosso's story and her non-profit organization, "SHE-IS," which supports the healing process of survivors of sexual abuse and sex trafficking through dance therapy. Grosso's path to professional success was marred by a childhood filled with abuse, leading her to turn to stripping as a means of survival at 16, with her cousin acting as her pimp.

But through dance, Grosso found solace and a sense of empowerment, reconnecting with her body and working through her trauma. This transformative experience led her to establish the non-profit organization “SHE-IS” in September 2014. Lova, who joined the non-profit in 2015, and Grosso began cultivating the vision to share the work they were doing with a greater audience, which in 2017 led them to start shooting a documentary about Grosso's courageous journey, the subsequent launch of her non-profit, and the healing process of survivors.

The film provides a sobering look at the staggering statistics of human trafficking, a global criminal activity valued at $150 billion per year, with sexually exploited people globally. Alarmingly, 1 in 7 girls and 1 in 25 boys are sexually abused before age 18, and some involve them being sold into this by their parents.

However, what sets "SHE IS..." apart from other films on the subject is the way Lova expertly captures the energy and transcendence of dance as a means of healing. Through Lova's lens, we see the victims gradually becoming survivors as they learn to dance and re-establish a positive relationship with their bodies, gaining confidence and self-worth. The film also highlights the positive impact of organizations like She-Is in rehabilitating survivors through the power of dance. It serves as a potent reminder that positive outcomes are possible and that we can all play a role in preventing human trafficking and supporting survivors.