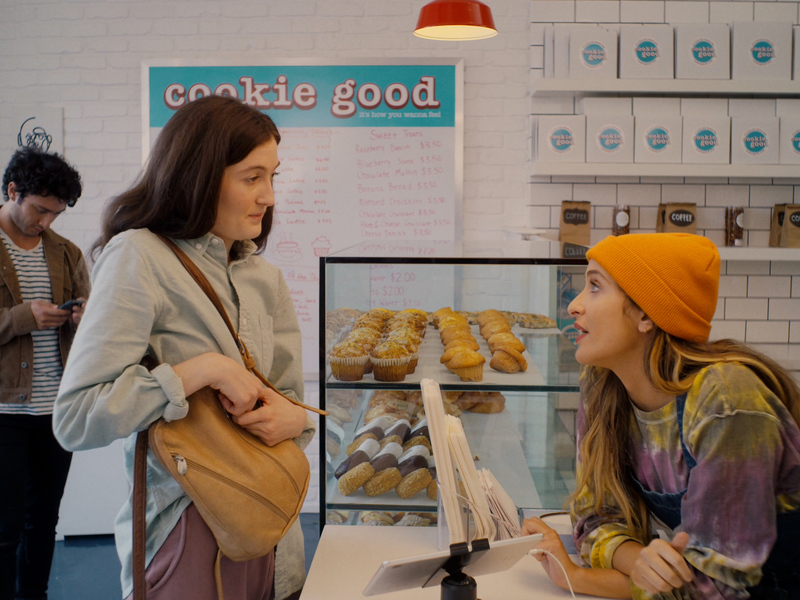 RAVING REVIEW: Indie cinema has a reputation for pushing boundaries and exploring unconventional themes, and JUST RIGHT, written and directed by Camille Wormser, is no exception. The film takes on the challenging topic of mental health, specifically OCD, and presents it uniquely and refreshingly.

Mel, played by Wormser, is a woman struggling with severe OCD who embarks on a journey of self-discovery triggered by a dream. This journey leads to an unbelievable and comical race against time as the protagonist attempts to meet her roommate's deadline. The film's setting is a unique world that perfectly reflects her inner turmoil. The film's ability to make the audience feel at home, even if they don't necessarily relate to the specific condition of OCD, is one of its most striking aspects.

The film's world premiere at the Slamdance Film Festival's Unstoppable Program, which showcases films about visible and non-visible disabilities, is a testament to its powerful representation of this topic. Mel's journey, as she navigates the difficulties of decision-making, is something the audience can easily relate to. This relatability is further heightened by the film's ability to make the audience laugh. However, the film is not only a comedy but also a powerful representation of mental health and the struggles that come with it.

Mel, is a relatable and complex character that is easy to root for. Her struggles are portrayed in an authentic and relatable way. The film does not shy away from showing the darker side of mental health but doesn't linger on it. Instead, it balances the darker moments with moments of humor and hope. This balance makes the film both honest and uplifting.

The film's unique setting is also worth mentioning. The film's visual style is striking and fitting, making the audience feel like they are on this journey with Mel. The cinematography is also noteworthy, capturing the world's beauty while emphasizing the protagonist's struggles.